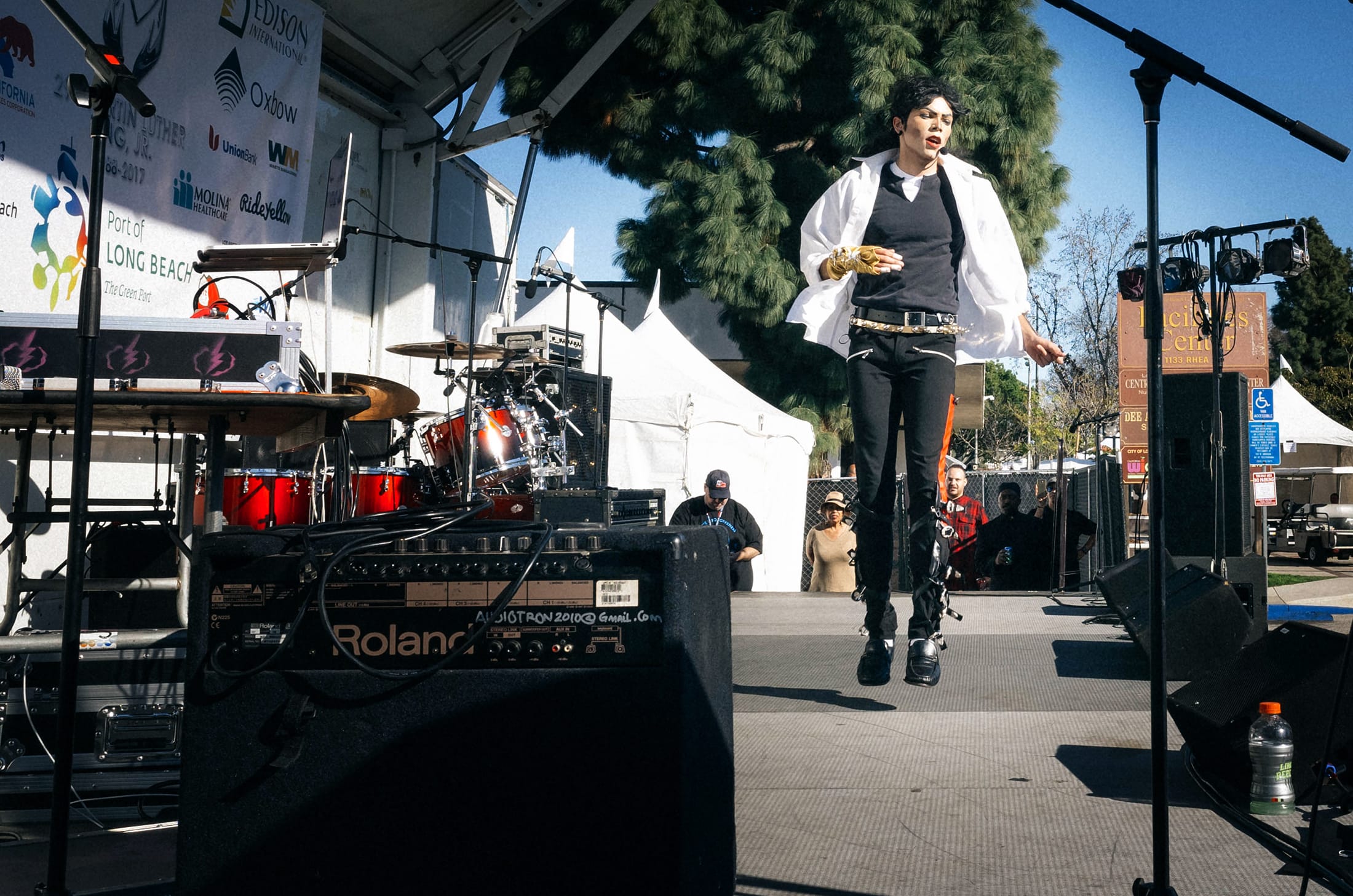 Had some sun & fun at the Martin Luther King Jr. Park in Long Beach. The celebration with a parade, food trucks and other vendors was on a sunny day on Saturday. We had a week full of rain and this was the first sunny day. I love the Los Angeles weather!

Benjamin Drake is an attorney known as Drake the Lawyer. The Drake Law Firm & KJLH sponsored the 2017 MLK event in both Long Beach on Saturday and Los Angeles Forum on Monday.

Getting there early to set up the space and with the help of Norma, Daisy with @Illya.Dailey. These folks look ready for an exciting day. The parade was just up the street and we had to take a look at the floats and people. The biggest float with music was the KJLH float. The crowd responded with applause and everyone was screaming…. certainly the most fun float, no? We had to walk a few blocks to see all the floats which ended up at the MLK park. Illya was loving the atmosphere and so did I. Once we got back to the park we had to have a group photo with our friends from KJLH and Benjamin Drake. The Entertainment at the Park

There was plenty of music and dancing at the park. Once Michael Jackson impersonator took to the stage, everyone at the park began dancing. He was really good.

Here are a few images of the people around the park. Cambodia was represented in the parade. There is a large community in Long Beach.

I am in Marketing and Advertising and run a boutique advertising and campaign development studio Local Makreting. Attorney and Healthcare marketing is the specialty.

As I finish up writing and uploading photos – have to get ready for part 2 on Monday at the Los Angeles Forum.