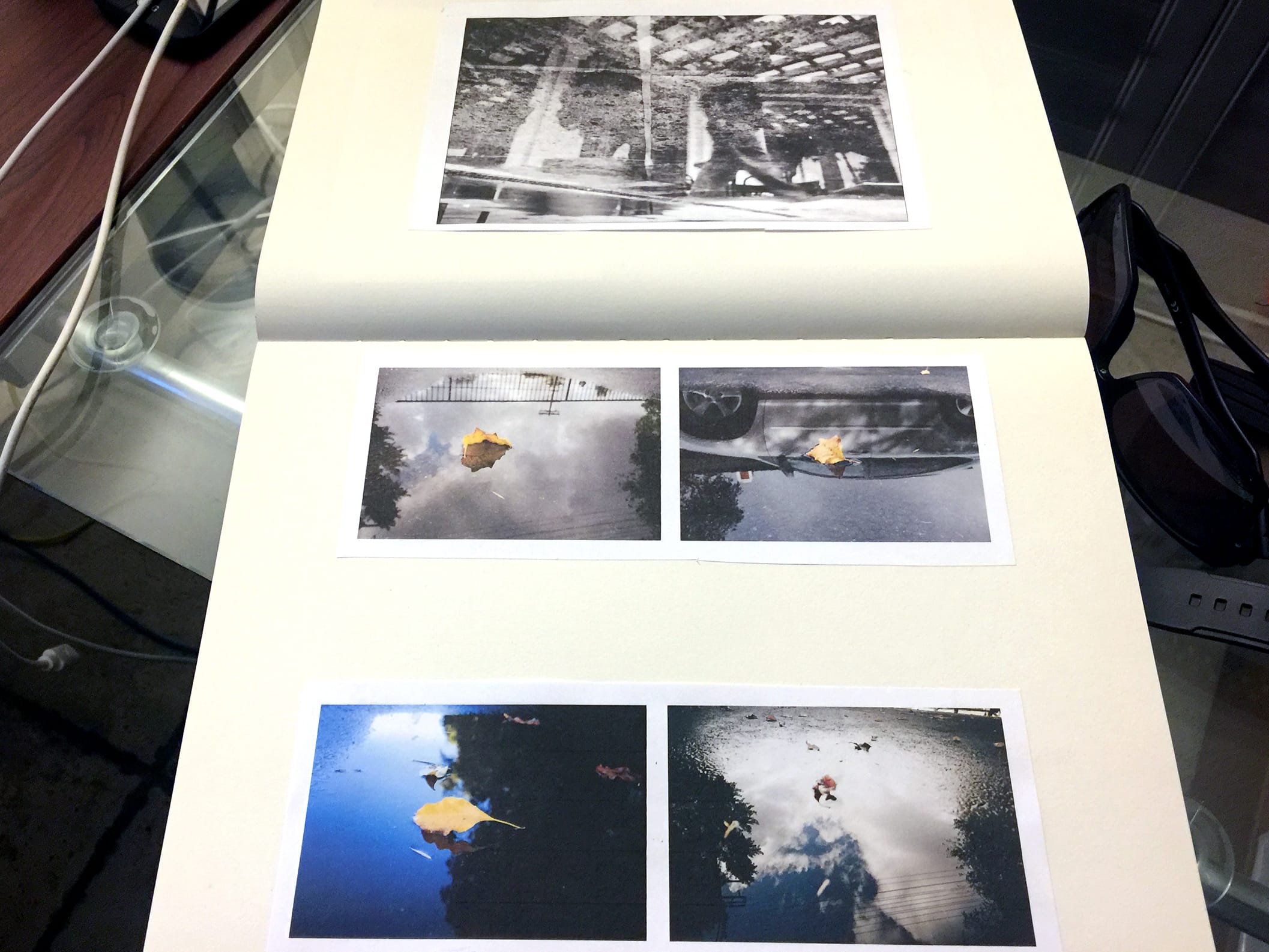 The second series in the assignments from Ted Forbes. The first assignment was about variations and you can see my post on my blog. I like the idea that Ted had. What I really like about it as it brings together the journaling, weekly challenge, and a different way to think and approach to photography. Thanks Ted!

The second in the series is about taking photos from low angle. I am sure that at some point one of the assignments will be “reflection”. My interpretation is to literally take photos from a very low angle, physically.

Also, the carry over from first assignment was not to use shallow depth of field for every photo. This is mainly because I’ve had my cameras set to Program mode or Aperture Priority and for personal or street shooting it worked out well – for me.

As I looked at the photos printed from previous assignment – I realized that its better and more pleasing to the eye not to have everything blurred in the background unless there is a specific reason.

Obvious subject is the leaf in the photo below and I had to get down real low…… then I thought the car would make a better subject. I took a few photos from various angles. Nothing I really liked other than the photo below with a car. I ended up putting photo on my Instagram @sergeys.us. Also, decided to keep the assignments on my blog instead of Tumblr. 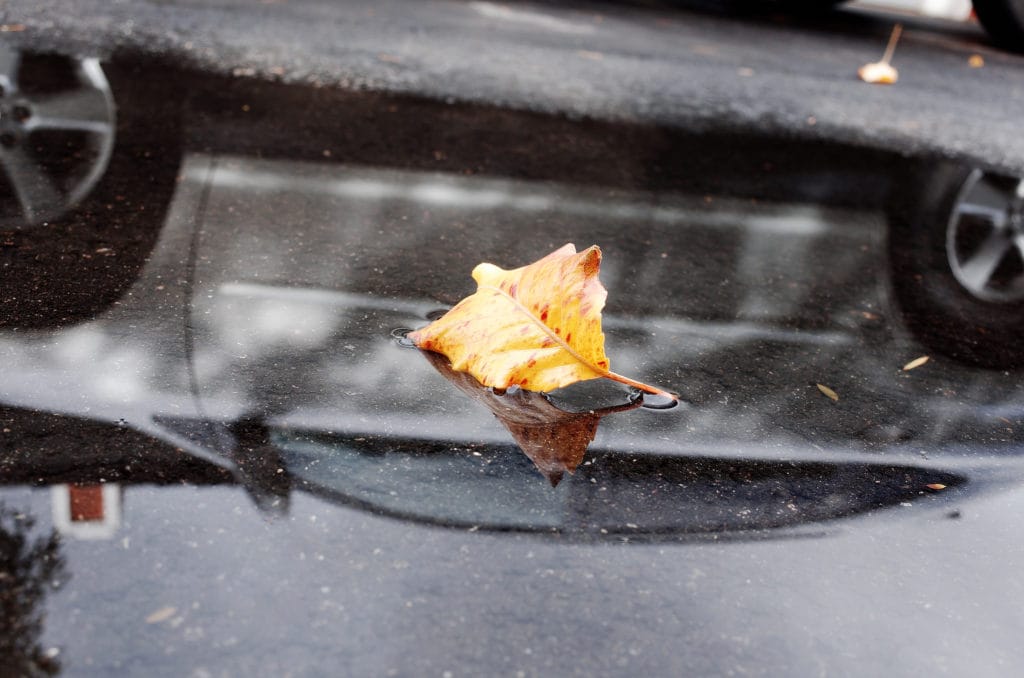 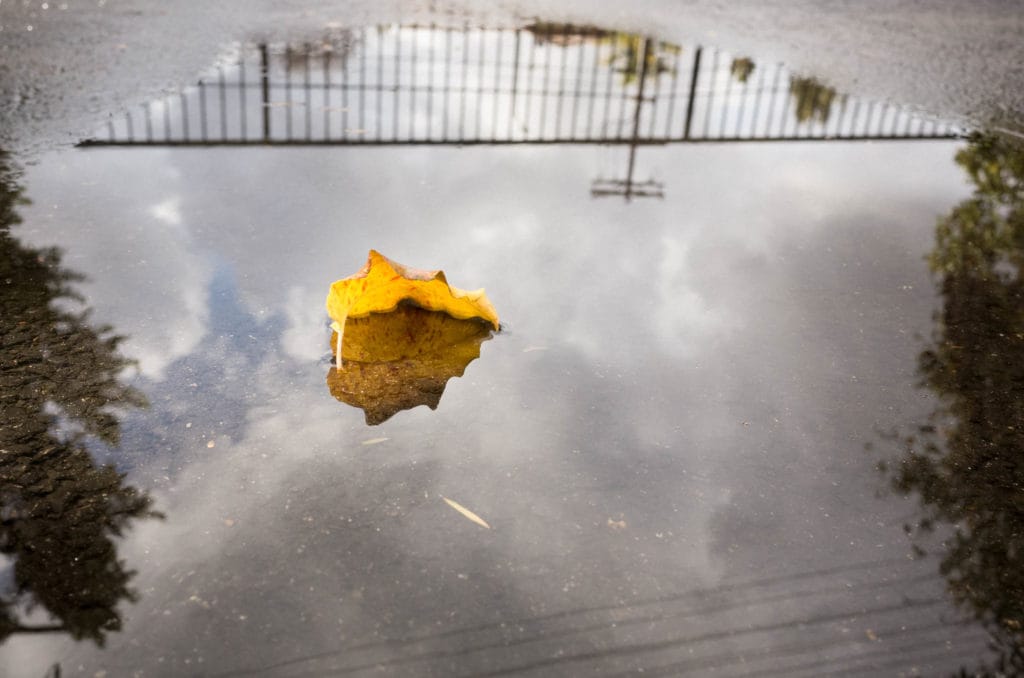 I kept thinking about what Ted said was low angle and next day went back to the same spot with same camera to find the leaf in the same puddle.

Without moving it or disturbing anything…. took a few more. This time a different car was parked next to the puddle. Do not want to take the same photo, but took it anyway.. Just not posting it. 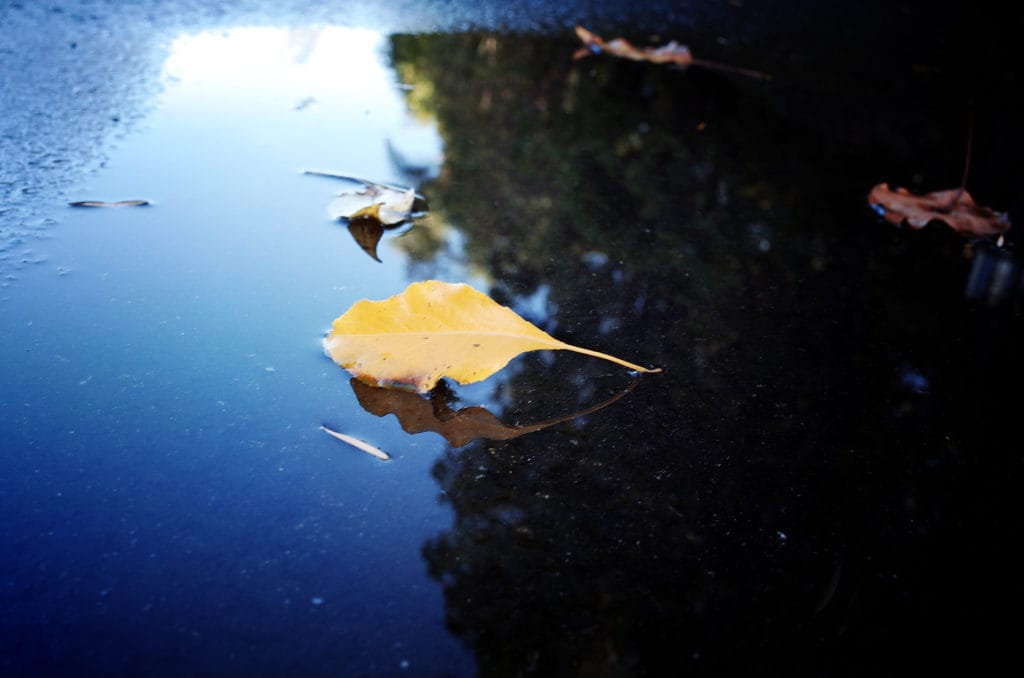 Did not want to focus on leaf, but was really in an uncomfortable position. Also, trying to get used a camera without a viewfinder. So nothing to show off on this one. 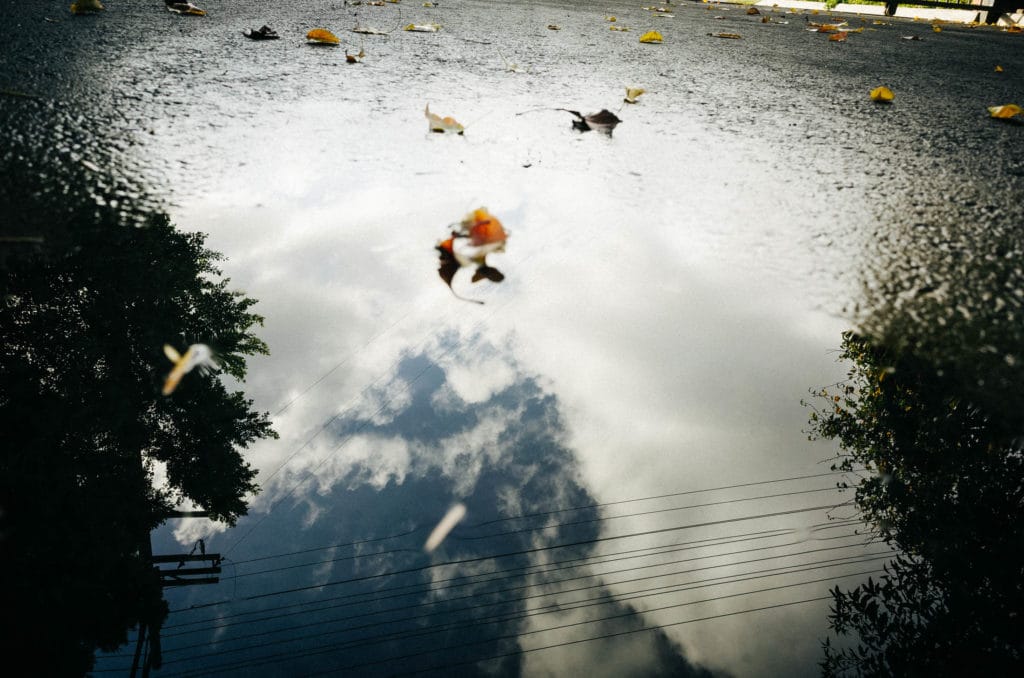 Meanwhile Back at the Ranch…

Kind of feeling like there is no closure to this assignment. While trying various ways at a different location, I got the photo below which I really like. Same technique & camera, low angle,  bent down in front of a puddle and someone walking by. 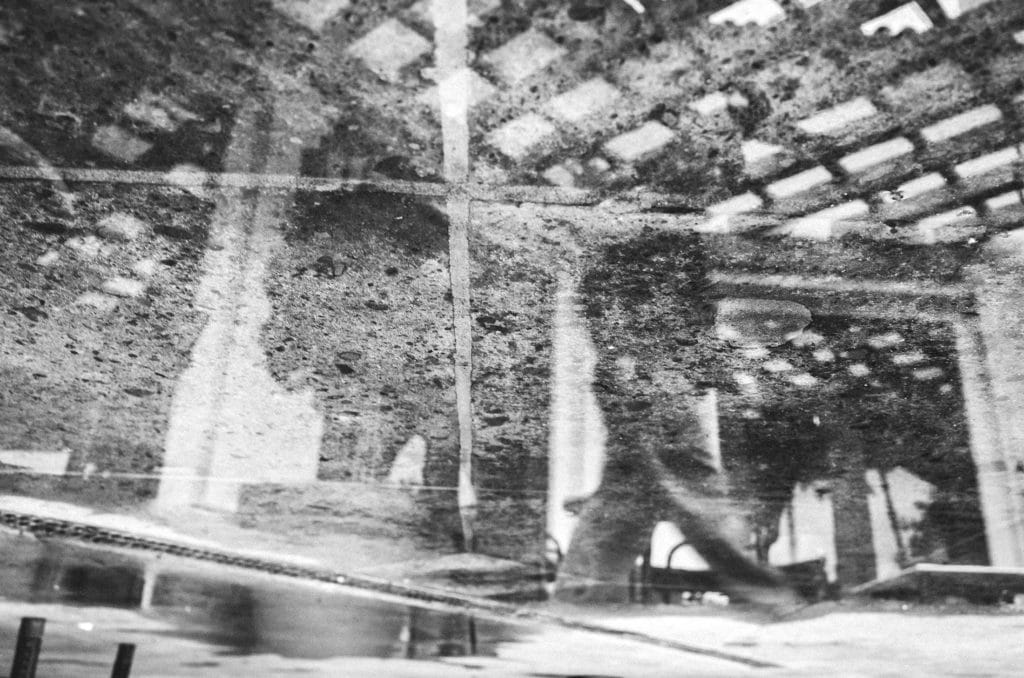 I will go through the printed photos in a day or so. I think having them printed really changes my perspective and how I see them.

Now awaiting the next assignment.