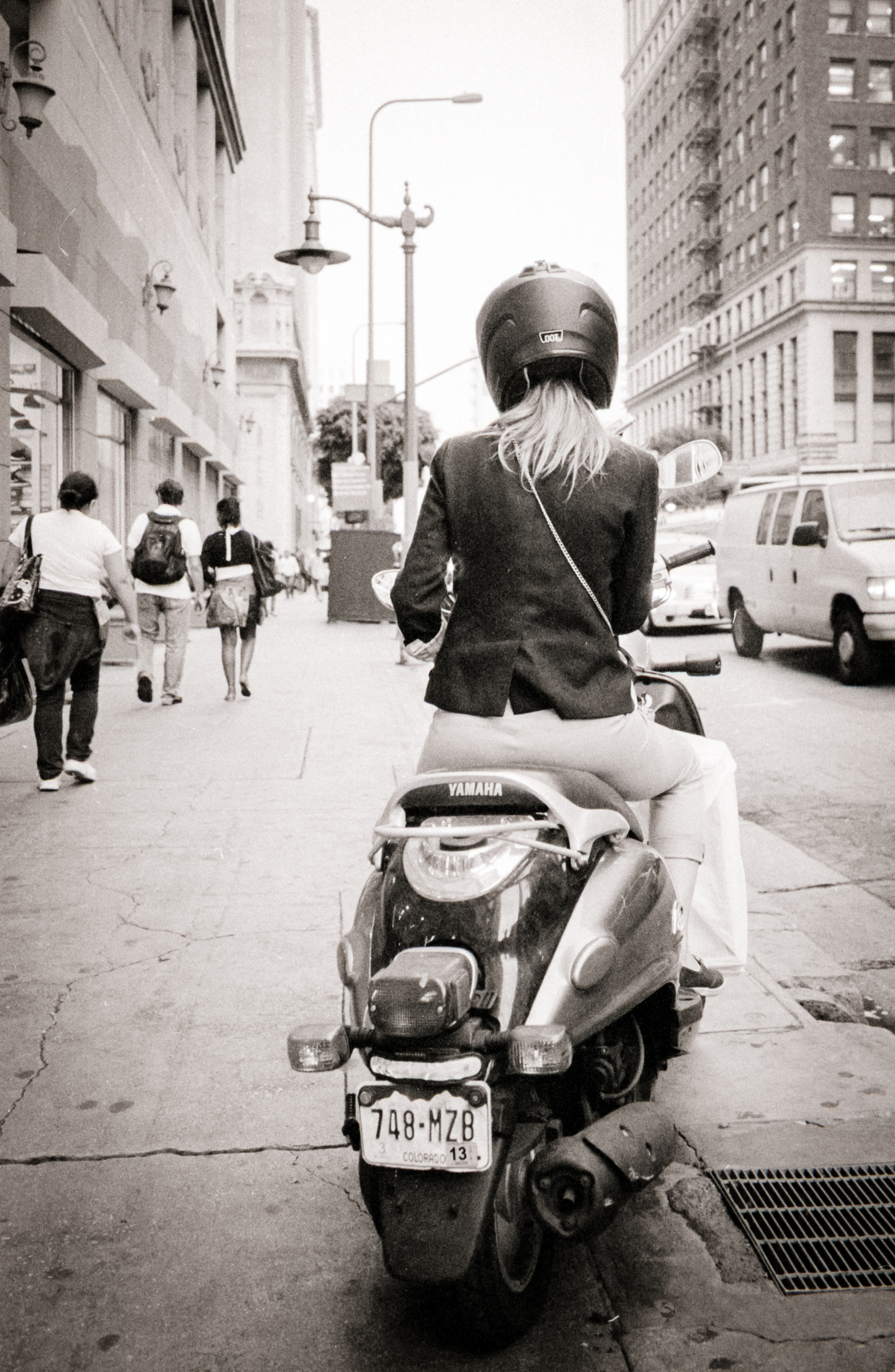 There was a time when almost all my photowalks were with a film camera. I really liked and enjoyed having a simple point & shoot camera & not able to see what I took a picture of until much later.

So, just walking through the streets of Los Angeles downtown I saw this unfolding. I did try and get a photo from the front, but she took off! I can tell this photo is from 2013 based on the license plate.